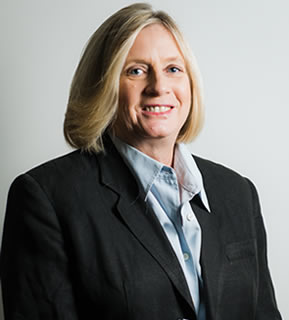 For the past 27 years, Patricia Hennessey has earned the respect of her clients, adversaries, colleagues and matrimonial judges as one of the pre‑eminent matrimonial trial and appellate lawyers in the New York metropolitan area. Since 1987, she has tried and argued appeals in numerous cases involving complex equitable distribution and support issues and emotional and delicate issues involving child custody. She is particularly respected for the calm and wise counsel that permits her to settle the large majority of her matters without extensive court involvement.

A 1979 New York University Law School graduate, where she achieved the rare and doubly prestigious honors as both a Root‑Tilden Scholar and Arthur Garfield Hays Civil Liberties Fellow, Ms. Hennessey began her career as federal court antitrust litigator at Kaye Scholar Fierman Hays & Handler, before turning her full attention to matrimonial and family law in 1987. She is a 1976 graduate of Hampshire College and was the first director of the Civil Liberties and Public Policy Program at Hampshire in the early 1980s. She has several publications in matrimonial law, including as the co‑author of “Is The Law Male?”, Chicago‑Kent L. Rev. (1994) with NYU Law Professor Sylvia Law and “Valuation of Property in Marital Dissolutions,” 23 ABA Family Law Quarterly 339.

Ms. Hennessey has been an adjunct professor at New York University School of Law, Columbia University Law School and Cardozo Law School. She has lectured at widely bar associations, (including at the annual meeting of the American Bar Association) and at law schools, including Yale, Columbia and New York University. She has served as Co‑Chair of the Matrimonial Committee of the Westchester Women’s Bar Association. She has achieved an “AV Preeminent” rating from Martindale Hubell, the highest possible rating in legal ability and ethical standards every year for more than 11 years.