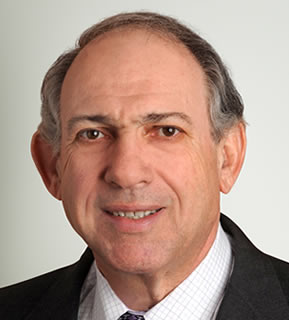 Paul C. Kurland concentrates in matrimonial and family law, as well as civil litigation and alternative dispute resolution in commercial, corporate, business and estate disputes, including arbitration and mediation. He is admitted to practice law in New York State and before numerous federal courts, including the Supreme Court of the United States, the U.S. District Court for the Southern District of New York and the U.S. District Court for the Eastern District of New York. He received a B.A. degree from Brooklyn College and a J.D. from New York University School of Law.  For more than 25 years Mr. Kurland has been awarded the AV® Preeminent™ (5 out of 5) rating by Martindale-Hubbell, the nationally recognized legal directory, signifying the highest rating for legal ability and professional standards of conduct and ethics. He has also been among the elite group of attorneys listed as Super Lawyers in New York for each year since the inception of Super Lawyers in 2006.

Mr. Kurland was a litigator with the law firm Cahill, Gordon & Reindel and a member of the team that represented The New York Times in the Pentagon Papers case. Mr. Kurland served as chair of the litigation departments at Baer Marks & Upham and at Snow Becker Krauss P.C. for 24 years. Most recently, for more than six years he was a partner at the Family and Matrimonial law firm Cohen Rabin Stine Schumann LLP. He has extensive litigation and trial experience in New York’s trial and appellate courts. For more than 30 years, Mr. Kurland has been a member of the faculty of the National Institute of Trial Advocacy (NITA) as well as the trial techniques programs at Hofstra and Cardozo Law Schools. He is a past President of the New York University School of Law Alumni Association. He is also a member of the Board of Directors and pro bono counsel for 32 years of WHY Hunger, a not-for-profit founded by the late performer Harry Chapin. He is on the Board of Landmark on Main Street, a not-for-profit theater in Port Washington, NY. Mr. Kurland is a mediator in the N.Y. Supreme Court and has served as an arbitrator for FINRA and the AAA. He is the former chair of the Committee on Recruitment of Lawyers of the New York City Bar Association.