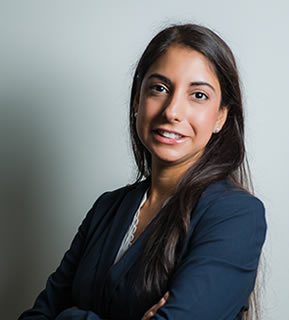 Dilpreet (Dilly) Rai represents individuals in all aspects of matrimonial and family law, including equitable distribution, child custody and visitation, child support, spousal support, paternity, orders of protection, and prenuptial and postnuptial agreements. Prior to becoming a partner of the firm, Dilpreet was an associate of the firm for seven years during which time she was recognized as a Rising Star by New York Super Lawyers for several consecutive years (2014-2017).

Dilpreet began her legal career as a complex commercial law litigator at Kaye Scholer LLP for six years, where she gained valuable experience with sophisticated financial disputes in federal and state courts. During her tenure she was recognized for her commitment to pro bono work on a variety of family law matters, including her representation of individuals in Violence Against Women Act (VAWA) immigration cases and uncontested divorces.